Well. better-late-than-never, I suppose! I was so busy collecting beads, I forgot about blogging! 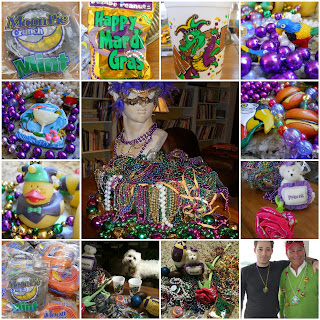 These are just a few of the beads collected from three small-town parades. 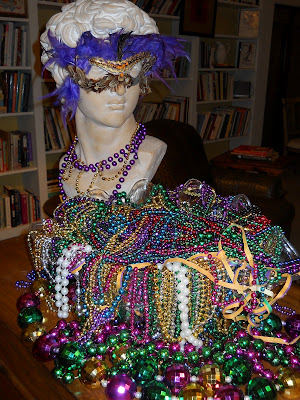 And, then there are the Moon Pies, so famous here in the South. I've never been a fan of these until this year. The new flavor is dark chocolate mint crunch. I'm in heaven! 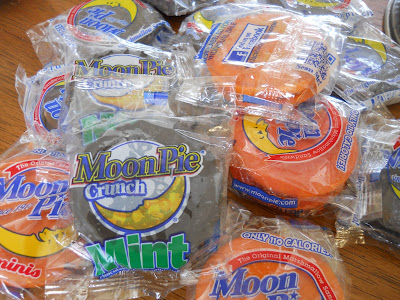 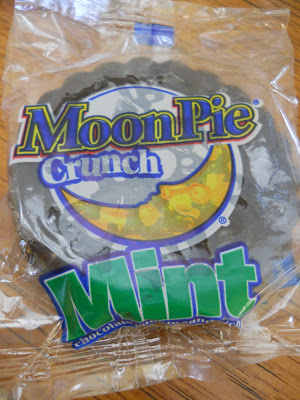 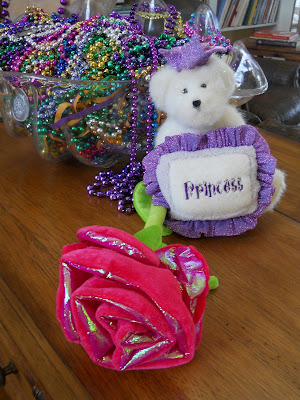 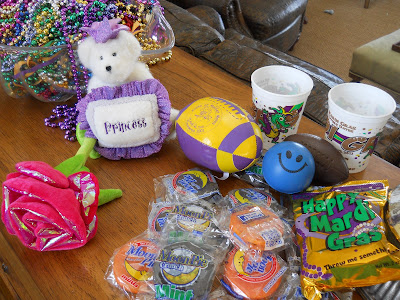 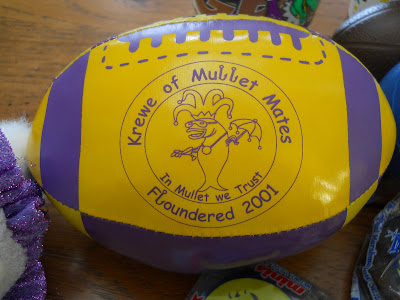 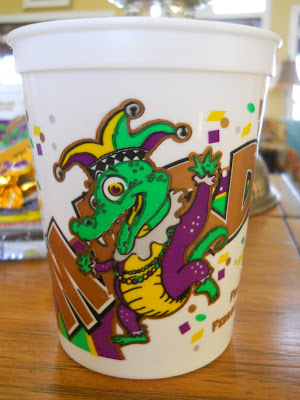 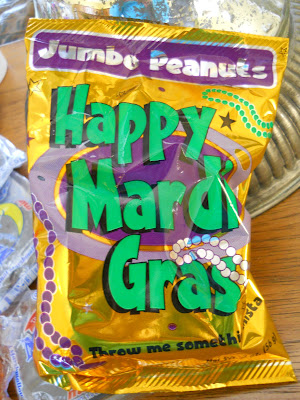 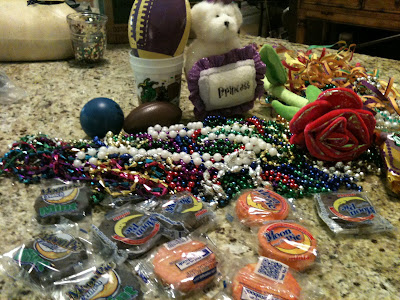 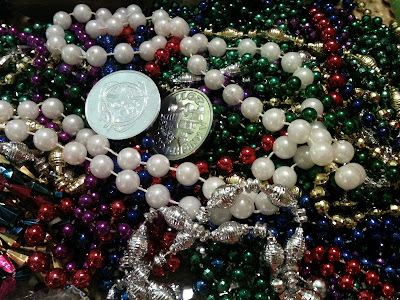 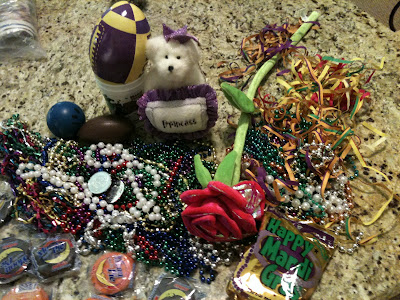 Most of this stuff will be recycled! Mr. HHF (Sr. and Jr. versions) belong to a Krewe and will throw it from their float in next year's parade.
This picture was taken prior to their donning their "secret society" costumes and masks!
(Thank goodness they don't read this blog. They would kill me for posting their picture!) 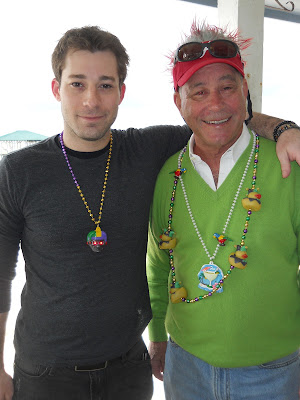 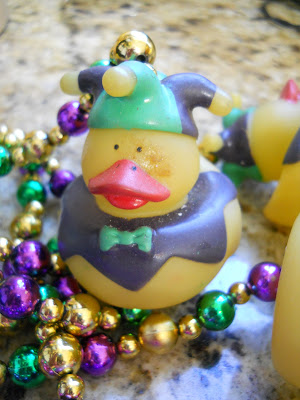 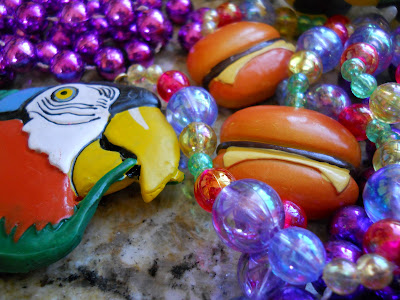 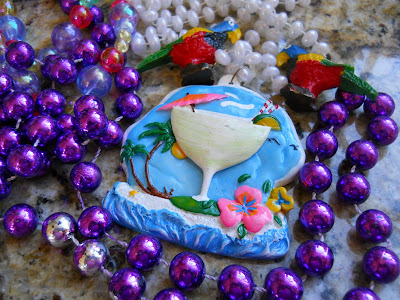 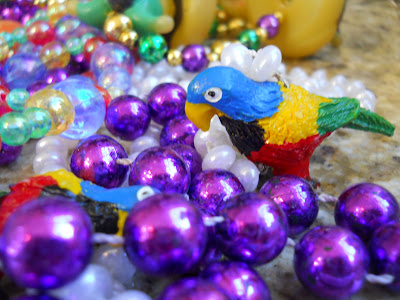 I'm linking to Seasonal Sundays and Mosaic Mondays.
Posted by Tracy F. at 8:33 AM 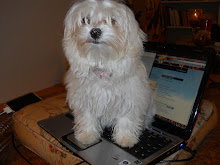 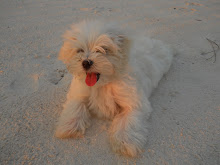 Create your own visitor map